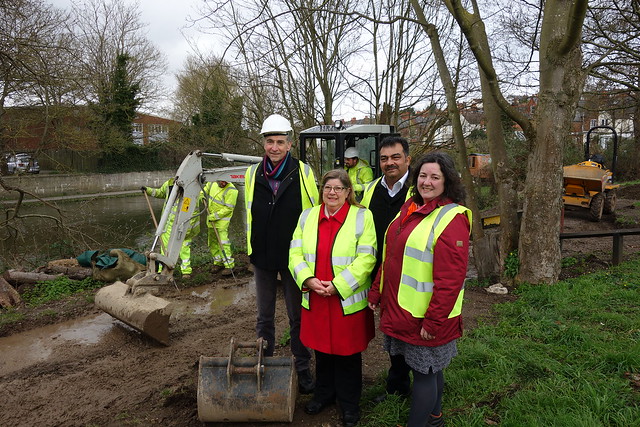 IMPROVEMENTS to a popular cycle path along the River Kennet in Reading are progressing well.

Councillors from Reading Borough Council visited the works to receive an update on the project between Waterloo Meadows and Fobney Lock.

The Council is partnering with Sustrans, the Canal and River Trust and Thames Valley Police to deliver upgrades to the path.

The works include improving the surface of the path so it can be used all year-round. Barriers at the Katesgrove Underpass, at both ends of Waterloo Meadows and at Fobney Lock are also being modified so people can access the path more easily.

The improvements will provide access to the traffic-free route to cyclists, people with pushchairs and users of wheelchairs and mobility scooters, who were previously obstructed by barriers installed to deter motorcyclists. 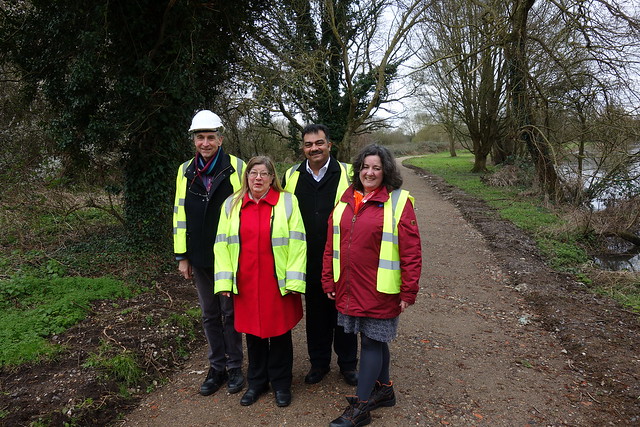 “I was pleased to see the good progress being made on the improvements to this path.

“The project will open up the path to a range of people who previously had to contend with awkward barriers and an uneven path.

“The Council and its partners will keep the changes under review due to the previous problem of irresponsible motorbike use in this area, with the possibility of installing CCTV and lighting in the future to deter anti-social behaviour.”

“This project is one of the many schemes which complements the Council’s climate emergency agenda by encouraging more sustainable ways of getting around Reading.

“The easier access and resurfaced path will make the route a much more pleasant and convenient traffic-free route for cyclists and pedestrians.”

“The barriers on this section of the National Cycle Network prevent so many people from easily using the route. We hope that making these changes will make the path a more appealing and practical option for everyone wishing to use this traffic-free route.

“As an organisation, we’re committed to working with others to make sure the National Cycle Network is as accessible as possible, delivering paths that everyone can use. This project takes us one step closer to achieving that vision.”

The improvements to this section of the cycle path, also known as Route 4 of the National Cycle Network, are due to be completed in April.